Wilbur Smith has anounced that his next book will be entitled Those in Peril and will be published in 2011. The book’s story line is ripped from modern day news headlines and involves Somali pirates operating in the Indian Ocean. This will be his 33rd offering. We anticipate having signed copies for sale in late Spring 2011. If you would like to place an advanced order click on the add to cart link at bottom of page and fill out the form. There is no obligation and we will not charge your credit card until the books are in hand and ready to ship. Now a brief description of the book.

“Hazel Bannock is the heir to the Bannock Oil Corp, one of the major oil producers with global reach. While cruising in the Indian Ocean, Hazel’s private yacht is hijacked by African Muslim pirates. Hazel is not on board at the time, but her nineteen year old daughter, Cayla, is kidnapped and held to ransom. The pirates demand a crippling twenty billion dollar ransom for her release.

Complicated political and diplomatic considerations render the major powers incapable of intervening. When Hazel is given evidence of the horrific torture to which Cayla is being subjected, she calls on Hector Cross to help rescue her daughter.

Hector is the owner and operator of Cross Bow Security, the company which is contracted to Bannock Oil to provide all their security. He is a formidable fighting man. Between them Hazel and Hector are determined to take the law into their own hands.” 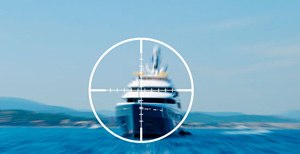 We assume the price will be $80.00 per copy—the same as his last book. In any event we will get back with you before processing your advance order.

I'd like to be notified of new arrivals in the following categories.

Check all categories that are of interest to you.